TEMPLE OF THE SWINE GOD

THE DUNGEON MAP
Last time I tried this challenge I was too obsessed with trying to make an actual playable dungeon right out the gate. Since the challenge only really tasks you with making an outline I decided to just do that to avoid feeling overwhelmed. And it helped! I am going to come back and do the extra credit when I'm done with the challenge though, since I really like how the dungeon's outline turned out. The outline lists only the "main attractions" of the dungeon. When I eventually do map it out it's gonna have a lot of empty "flavor rooms", hallways, dead ends, and treasure.

LEVEL 1
The first level is mainly used by the Swine Cultists to tend to the boars needs using rooms like the mud bath room [T1] and the Sun & Moon room [T1]. It's also used to lure would be looters and capture them for the orc-vats on the 2nd level or as training for the Berserkers and Orcs in the arena. Enemy skulls are mounted in the Trophy room to glorify grand battles won in the past. The Boar's feasting hall is where enemies are fed to the boars [T1].


LEVEL 2
The 2nd level is the basically the cult's living quarters and the theme is consumption. A variety of strange mushrooms are grown in the compost room [T2]  to be consumed by the warrior caste (rage inducing mushrooms) and the boars (truffles). The dungeon cells [T2] hold captured looters and rival cultists to be used in sacrificial rituals or by the resident M-U's growing pig-orcs. The Bronze Boar [T2] is used to slow steam roast a captive to be served to the Swine God.

LEVEL 3
The third level is abode of the Swine God is considered holy ground. The sacrificial altar is used to appease an angry swine god [T3]. The Sacred Boar Graveyard [T3] is used to house the remains of especially esteemed boars and their remains will animate to attack intruders. The Primordial Hot Spring [T3] is as old as the god itself is used as holy water after the Swine God bath's in it. 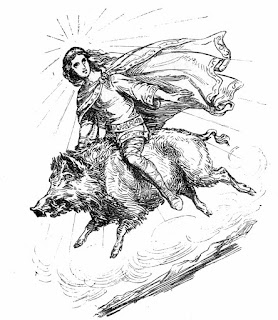 All in all pretty basic but I'm looking forward to mapping the outline after the challenge and using it to run a vanilla dungeon delve.

Thanks for reading!
By KingBrackish No comments:

Since I've been getting into b/x stuff lately I've been hunting for more media (besides blogs) about the system, which surprisingly there isn't a lot of. Most of the stuff out there are just old reviews of the modules. So here are a few of the podcasts and YouTube videos I found to be entertaining and/or helpful for b/x (OSE).

The map isn't complete. You'll notice its missing the hex numbers and the direction marker (north, south, etc.).  The map just looks so damn good I didn't want to mess it up yet. I'll probably just print it out and draw the rest when I use it to run a game. Oh yeah and 1 hex = 6 miles. 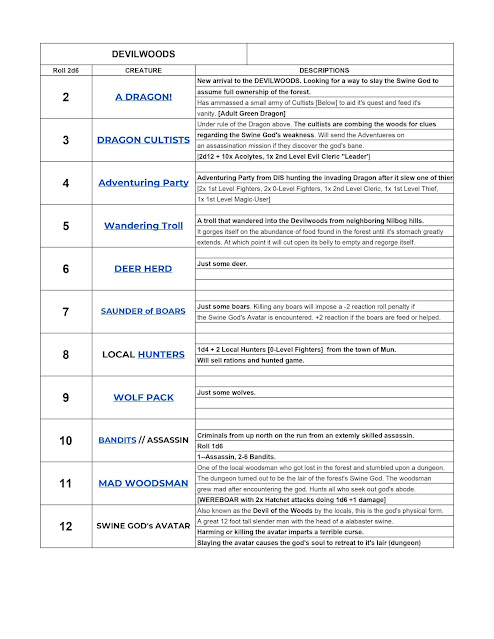 I tried to show how the Devilwoods currently has a small skirmish between a Green Dragon and the Forest's Swine God. Of course the forest is huge so there's some other more vanilla d&d stuff I sprinkled in.

I included a dragon in the table after reading Papers and Pencil's Your Dragon's Suck blogpost. I shared a similar view that Dragons were supposed to be these godlike beings and thus unusable for most games but after reading that post I've come around on them. I think most of my wilderness encounters will include a dragon.

Onward to Week 3!
By KingBrackish 2 comments:


Today I read that Hasbro was giving D&D another shot at mainstream media with a t.v show. One written by John Wick creator Derek Kolstad. With Kolstad I'm cautiously optimistic that it might not be a complete cringe-fest. I wanted to do a quick write-up on what I do and do not want to see from a official D&D movie.

That's all for now. What would you want to see (or not) in a D&D show? Let me know in the comments.
By KingBrackish 8 comments:

Alright, lets try this again. 2021 Edition.
Mid-last year I tried (and failed) to do the Gygax 75 Challenge found here. I got to Week 3 (The Dungeon), fell behind and gave up. In short the challenge asks you to make a small campaign setting and everything you would need to get a campaign going in 5 weeks. Including a stocked 3-level dungeon, which to me screams classic od&d--b/x. Rebooting this should be the perfect opportunity to do some creative writing for an OSE campaign I've been wanting to run. I'll be stealing some stuff from my first attempt since a lot of what I wanted to do back then I still want to try out.

Extra Credit: Make a mood board
This is the mood I'm going for.
I'll be posting these every Sunday afternoon until complete. If you don't see it by Monday it means I have failed again lol. 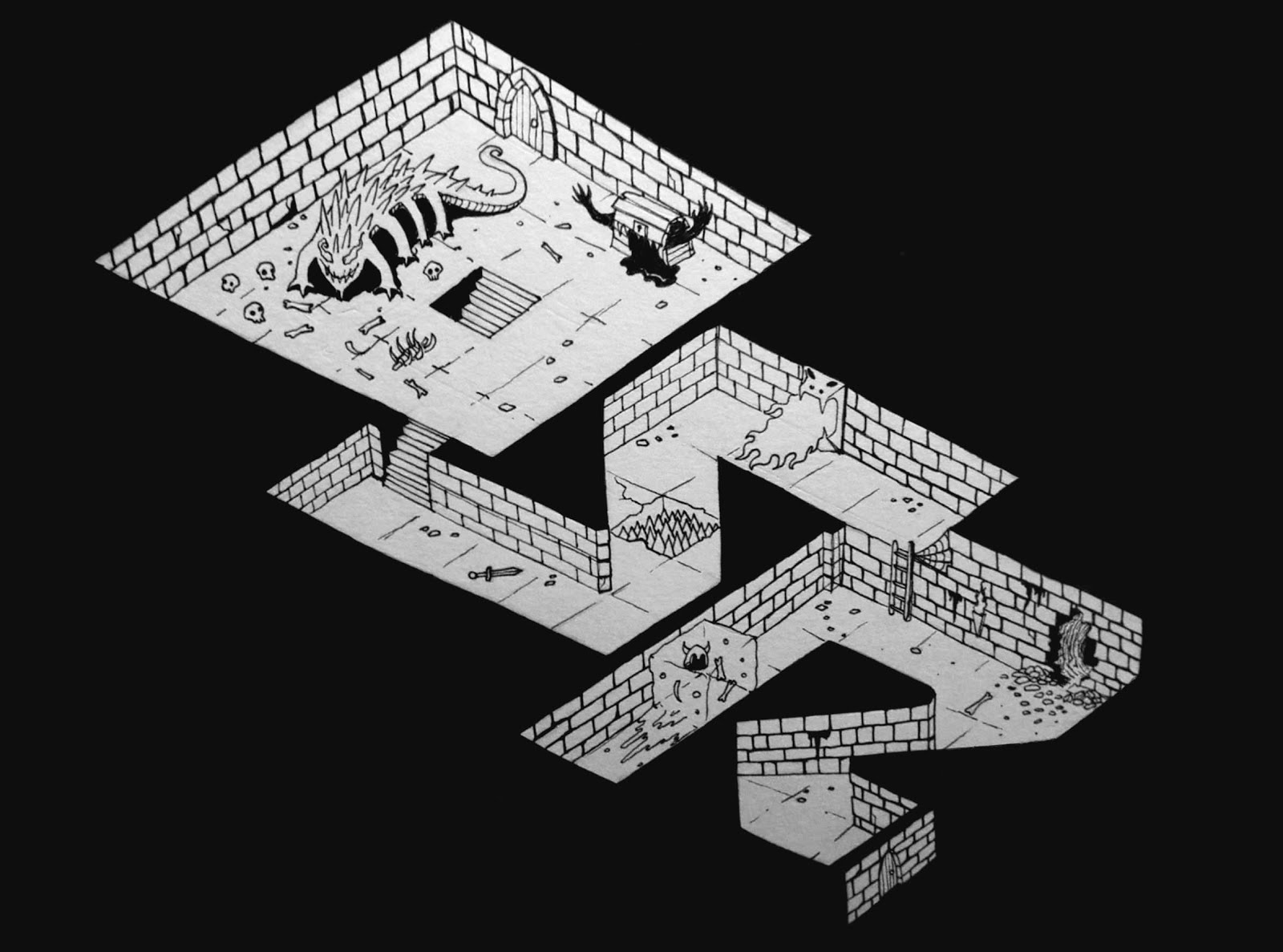 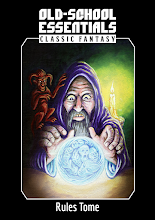